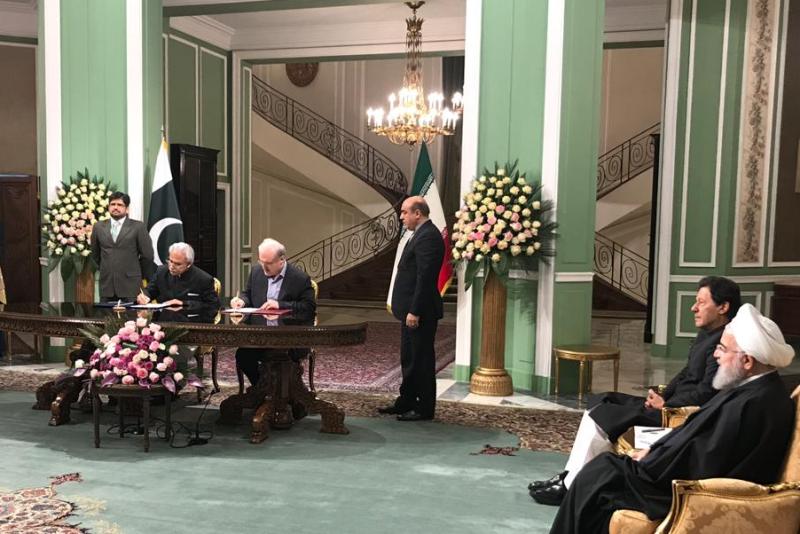 The agreement was signed in the presence of President Hassan Rouhani and Prime Minister Imran Khan.

The Pakistani premier arrived in Tehran late on Sunday ans was officially welcomed by President Rouhani on Monday.

He and accompanying high-ranking eco-political delegation started their Iran's tour from holy city of Mashad, northeastern Iran, indicating that Pakistan and Iran are the two Muslim and friendly states and enjoy religious commonalities as well.

Imran Khan is visiting Tehran for the first time after his election as the Pakistani premier in August 2018.

The visit is taking place on the occasion of 70th anniversary of establishment of Iran-Pakistan relations.