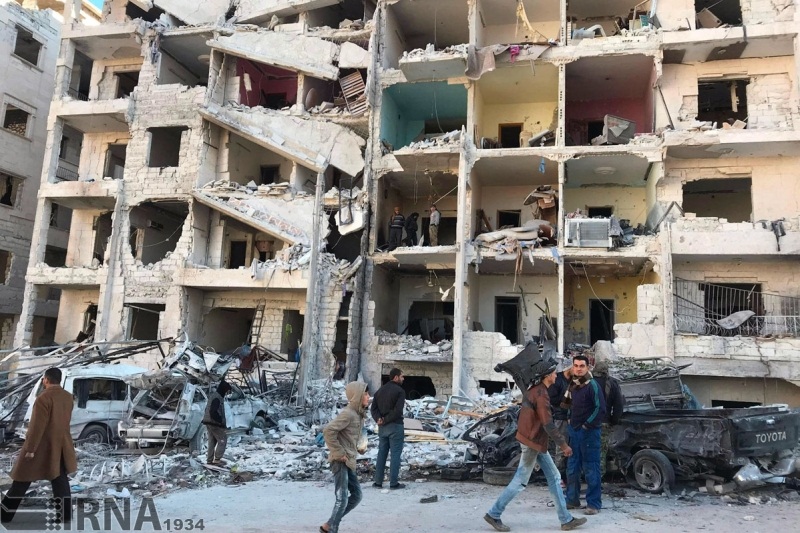 Tehran, March 11, IRNA- The head of a visiting Syrian business delegation insisted that Iran stood by the Syrian people in hard days and for this reason it should have major contribution to the reconstruction of Syria.

At a meeting of the Syrian business delegation with the members of the Iran’s Chamber of Cooperatives that was held at the premise of the Chamber on Monday, Mahmoud Nasser al-Fotouh said, 'The economic relations between the two countries should be at the highest level and we can bring the economic interactions to the level of political exchanges.'

Referring to the plans of the senior officials of the two countries to achieve economic development, he noted, 'To achieve a good volume of economic exchanges between Iran and Syria, it is necessary that 18 agreements concluded between Tehran and Damascus to be implemented.'

Nasser al- Fotouh stated, 'In Syria's reconstruction those countries are prioritized that have stood with us to deal with the Takfiris.'

He said that for the development of economic relations between Iran and Syria, it is better for the banks between the two countries to engage in economic exchanges with the Syrian Lire and the Iranian rial.

By inviting Iranian investors to visit Syria with the aim of rebuilding the country, he underlined, 'Syria needs tens of billions of dollars for reconstruction, and we ask all Iranian companies to participate in this reconstruction.'

Referring to the negotiations between Syrian and Iranian businessmen, Ahmed went on to say, 'The reconstruction of infrastructure and the creation of land and maritime routes is one of the main needs of Syria, which should take appropriate measures in this regard.'

The Syrian business delegation arrived in Iran on Monday (March 11) and will be Iran's guest until March 14 to take part in economic consultations and familiarize with the economic capacities of Iran.

The delegation consists of 26 businessmen who have come to explore Iran's capacities in the construction industry, construction, industrial and food industries.

Deputy head of Iran’s Chamber of Cooperatives, said that the elimination of the enemies of Syria was carried out with the help of the Syrian people and the Iran's cooperation and now the time is ripe for reconstruction, with pace and the least time.

In a meeting between the Syrian business delegation and the members of the Iran’s Chamber of Cooperatives, Mohammad Ali Zeyqami said, 'The expansion of economic relations between the two countries can be done using the capacity of associations and companies, and governments are also required to provide the necessary facilities.”

According to the statistics of the Organization for Trade Promotion of Iran, Iran exported $63.9 million worth of exports to Syria over the first 9 months of the current Iranian year (will end on March 21) and imports 3.1 million dollars.

In another development, Syrian Chargé d'affaires in Iran Ali Seyyed Ahmad said Monday the proposal of tariff reduction to zero for commodity exchanges between Iran and Syria are under examination in the joint economic commissions of the two countries, and Iran and Russia are prioritizing Syria’s reconstruction.

He strongly denied the reconstruction of this country with the participation of the countries that fought against Syria.