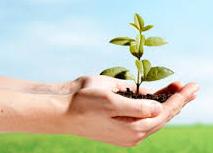 In line with social responsibilities, Iran Khodro Industrial Group has signed a MOU to preserve 1396 plant species at risk of extinction.

Simultaneous with the National Tree Planting Day in Iran and on the occasion of the new Iranian year 1396, starting March 21, 2017, IKCO signed a MOU with Research Institute of Forests and Rangelands to protect 1396 plant species at risk of extinction.

The MOU is signed by IKCO CEO Hashem Yekehzare and Research Institute of Forests and Rangelands CEO Adel Jalili and will be valid until March 2018.

egarding its role in the society and the respect it has for the environment, IKCOstepped forward to be one of the pioneers in saving plant species at risk.

Meanwhile, IKCO CEO gave credit to National Botanical Garden of Iran for the conservation of endangered plant species and declared, "Protecting such collections that resembles the lasting heritage of our beloved country is a priority and Iran Khodro Industrial Group will do anything in line with its social responsibility to back this move."