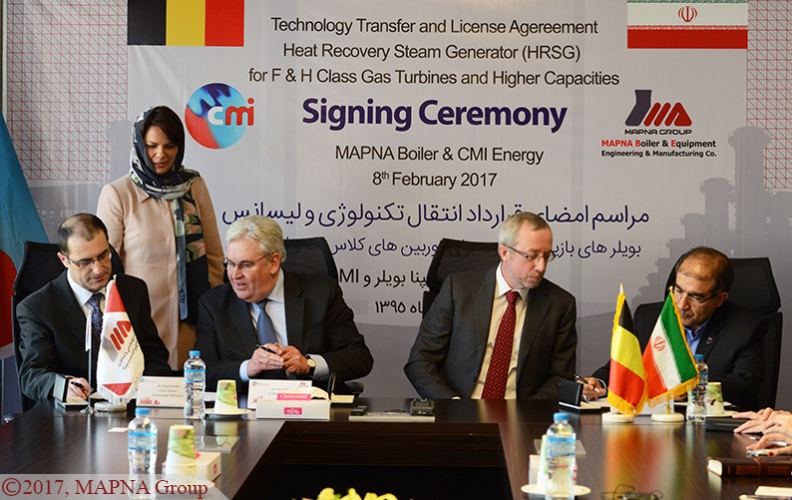 An agreement was signed between MAPNA Boiler Company and the Belgian industrial group CMI in Tehran, Iran, on Wednesday, February 8, 2017.

The contract spans a ten-year period, and can be renewed for another five years upon agreement, Mr. Rajabi said to MAPNA media department. The boilers can be installed in MAPNA power plants which are constructed both inside Iran and in the company’s international projects he added.

The agreement is seen as complementary to F-class turbine technology transfer agreement between MAPNA Group and Siemens that was signed in March 2016.

Mr. Molin of CMI also addressed the potential advantages of the agreement between the two companies. “It’s the right time for cooperation” he said, expressing hope that the agreement would help increase market share both domestically and regionally for CMI and MAPNA who have collaborated since two decades ago.

Francois Delhaye, Ambassador of Belgium to Iran, was also present during the signing ceremony. Mr. Delhaye said that the MBE-CMI contract “is to be seen in the frame of excellent relationship between Iran and Belgium” and technological cooperation between the two countries which began 130 years ago.