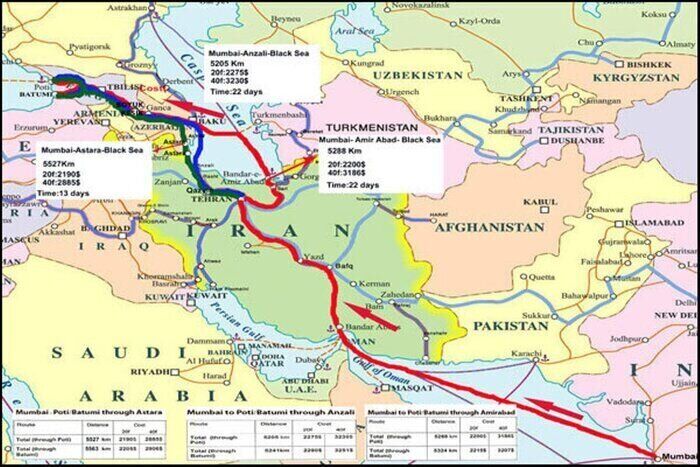 During the Thursday meeting, the two sides highlighted the role of the international corridor in speeding up transportation of commodities, and discussed methods to remove obstacles in the way of implementing the important route.

Russian and Iranian officials held several talks to review construction of the international project, which is economically important for the three countries of Russia, The Republic of Azerbaijan and Iran.

Iran's Ambassador to Moscow Kazem Jalali has said that the two sides agreed upon utilizing a substitute route until the 170-kilomtere-long Rasht-Astara railroad would be completed in the future. The temporary substitute route would be a combination of road, railway and ship transportation, he added.

Experts are of the opinion that the completion of the International North-South Transport Corridor, which is going to connect Russia and Eastern Europe to India and China through Iran, will help thrive economy of the Islamic Republic.

The railroad begins from China and passes from India to Pakistan and then Iran, but the only part that is needed to connect Russia to Finland in Eastern Europe is the Rasht-Astara railway, which is to be constructed.