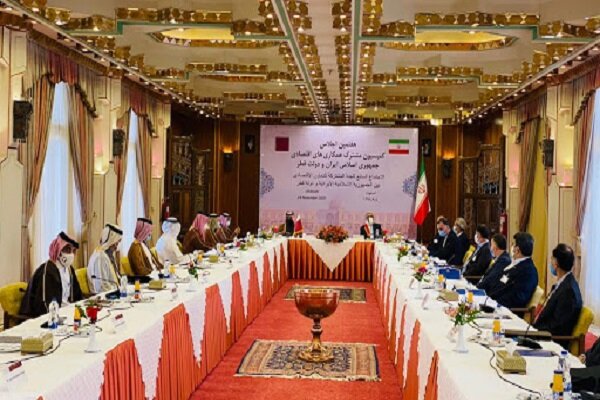 At the end of the 7th meeting of the Iran-Qatar Joint Economic Commission, the sides inked the commissions' MoU.

Accordingly, the two sides will also collaborate on the development of cooperation between their chambers of commerce and encouragement of their private sectors for making joint ventures as well as cooperation in various sectors such as electricity, water, sewage and gas, cultural heritage, handicrafts, tourism, and etc.

Sharing experiences and technical knowledge in agriculture, livestock, and fisheries are also among the agreed cooperation fields.

The MoU lets the Qatari side use Iranian port and railway facilities for transit and transportation of its required goods, too.

The 7th meeting of the Iran-Qatar Joint Economic Commission meeting kicked off in the central Iranian city of Isfahan on Tuesday morning.

High-ranking delegations from both countries are taking part in the one-day session.

Representatives of Iranian and Qatari organizations have held several virtual expert-level meetings, the results of which are registered in the meeting’s document.