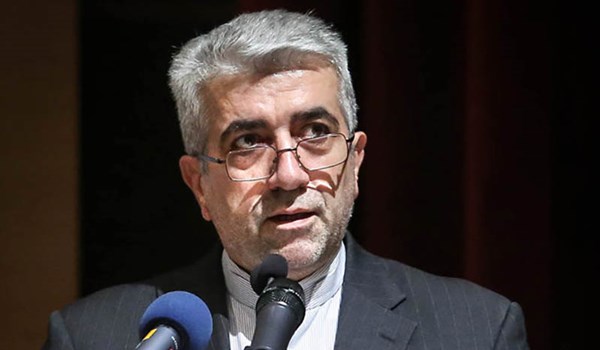 TEHRAN (FNA)- Iranian and Russian sides, in an important decision made in Tehran on Sunday, agreed on lower tariff rates for a number of 800 goods and commodities, in a bid to further bolster trade ties between the Islamic Republic and North Caucasus region.

The business ties between Islamic Republic of Iran and the Russian Federation has been moved forward in recent years, he reiterated.

In his meeting with the Minister of the Russian Federation for North Caucasus Affairs Sergey Viktorovich Chebotarev, Ardakanian stated, “With a population of 10 million, North Caucasus region has an important and key role for boosting bilateral relationship between Islamic Republic of Iran and Russian Federation in a way that this region is considered as an entrance gateway for Iran’s goods to Russia and vice versa.”

He pointed to the five separate visits between Iranian and Russian presidents and also strengthening parliamentary diplomacy between Tehran and Moscow and emphasized, “In general, trade and business delegations of the two countries have held various expert-level sessions which shows development of bilateral ties between Iran and Russia in all political, security, economic and cultural dimensions.”

Location of North Caucasus region en route International North-South Transport Corridor (INSTC) has contributed development of cooperation, so that Islamic Republic of Iran has taken widespread measures for connecting domestic rail networks with this corridor, he said, adding, “The recent inauguration of Qazvin-Rasht railway line, as long as 165 km, is a clear example of this claim.”

Iranian and Russian officials, businessmen, and economic activists simultaneously started two 3-day economic events in Iranian cities of Tehran and Isfahan on Sunday, in a bid to find ways for materializing the two sides’ will for expanding bilateral economic relations.

The 15th Iran-Russia Joint Economic Cooperation Commission and 2nd Iran-North Caucasian Region Business Forum will be held for a period of three days in Tehran and Isfahan provinces from today in the presence of senior public and private sectors officials of the two countries.

The opening ceremony of the 2nd Trade, Historical, Cultural and Scientific Forum between Iran and North Caucasus Region will be held in Tehran on June 17 in the presence of Minister of Energy Reza Ardakanian.

On the sidelines of 15th summit of Iran-Russia Joint Economic Commission, a number of nine Working Groups and three specialized committees will be held in the presence of a great number of public an d private sectors of the two countries in the fields of industry, energy, transport and ICT (information and communication technology).