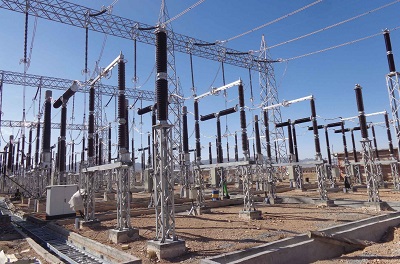 Development of infrastructural networks for energy and fluids is a major responsibility of macro-management in a bid to increase production capacity, said Alireza Esteki, the Manager of Energy and Fluids Projects at Mobarakeh Steel Company (MSC).

He stressed that sustainable supply of forms of energy needed for expansion projects should precede the inauguration of production units so that the stage can be set for these units to raise their production capacity.

He further said Shahid Kharrazi Project (Direct Reduction Mega-modules) was launched in the early 2010s to feed the electrical charges of the No. 2 steel expansion project. “In light of the fact that the upstream high-voltage electrical substations were not available back then, the mega-modules were temporarily connected to the overhead power network, and this raised the risk associated with launching the existing power network.

He said the management of the Energy and Fluids Projects has been tasked with constructing MSC’s Shahid Kharrazi Hot Rolling [mill], supplying the electrical energy this projects needs and developing converter stations and switch gears needed for the project. He added, “To prevent any disruption to the company’s expansion projects, we began the operations in the month to February 19, 2015, after choosing a contractor for the project.”

Esteki went on to say that the company held talks with the Energy Ministry which allowed it to build an outdoor switching substation in the vicinity of a 400 kV substation and hand it over to Isfahan Regional Electric Company. “Construction of 400 kV transmission lines which branch off from the national power grid is also underway to be later connected to Isfahan substations. This new substation will feed MSC’s gas-run transmission substation.”

This substation plays a vital role in meeting the new needs of MSC, he said, adding the equipment and gas compartments of the 400 kV substation have been purchased from Germany’s Siemens, and Iran Transfo Corporation has provided the substation’s 250 MVA power transformers (400/63/30.5 kV).

He also said that these transformers feed the main 63 kV busbars at substation No. 2 which is an indoor substation.

To boost the sustainability of the overhead electrical network which has experienced a gradual rise in capacity from 2.4 to 5.4 and goes through high-voltage electrical charges, some of the network’s charges – including that of RED 1 substation and steelmaking furnaces No. 7 and 8 – are transferred to substation No. 2, he said.

The official characterized as satisfactory and progressive the implementation trend of the project and said the project to build the switching substation of regional electrical network is progressing satisfactorily in cooperation with the electricity distribution company.

He said the equipment the project needs is supplied by domestic companies, adding that a number of devices used in the project have been indigenized for the first time in the country, a fact that will greatly help develop products and bring in technical knowhow for domestic manufacturers.

In light of the fact that Mobarakeh Steel Company always underscores the protection of the environment, in building the devices needed for the project it has arranged the substations in a way that avoids the cutting of as many as 2,000 20-year-old trees in the green space to the south of the company, he said. By doing so, MSC also avoided economic losses (over 4 billion tomans), he added.

Esteki said the projects involved more than 2,300 tons of metal and over 30,000 cubic meters of concrete, adding, “Thanks to the type of structures and the fact that the project is a power plant, we cooperated with domestic companies involved in construction and installation of metal structures.”

In the first phase of the project, the company will buy about 400 MW from the national grid, he said, adding for the final phase MSC will gradually provide the power it needs from reliable sources. This comes as the capacity of the substation is likely to increase to 500 mega-volt amperes in the first phase and to 1,500 MVA in the final phase. This increased power capacity will be transmitted to production units through cables placed in underground tunnels.

He then described as useful the valuable experience of the company in removing the problems arising in different units and expressed hope that the inauguration of the current project will see the sustainability of MSC electricity distribution increase and will help supply the electricity needed in new units on time.

In conclusion, Esteki said the real implementation time of the project is estimated to be three years given the conditions and site of the project and added in light of the fact that the project in question is a prerequisite for the company to meet its 7.2 million ton production target, it is projected that the investment made in this project can immediately generate income for Mobarakeh Steel Company.