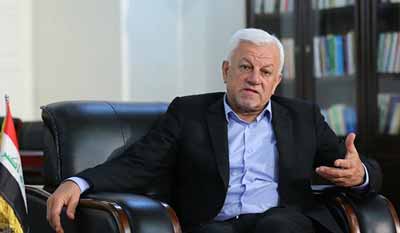 Iraqi Ambassador to Iran Rajeh Saber Abud al-Mousavi announced that his country will issue half-year-long visas for the Iranian merchants who wish to do business with his country.

"Given good neighborly ties between Iran and Iraq, the visa barrier should not pose any obstacles in the way of activities of the Iranian businessmen," the Iraqi envoy said.

Al-Mousavi underlined that the Iranian traders will pay only 100 dollars to obtain six-month visa of Iraq.

The Iraqi ambassador noted that some 1,190 visas have been issued for the Iranian businessmen over the past three months.

"The Iraqi government is willing to develop commercial and economic relations with Iran and cooperate with the Iranian firms to supply the Iraqi people with their needs," al-Helou said in a meeting with Iranian counterpart Mojtaba Khosrotaj in Baghdad.

The Iraqi deputy trade minister reiterated that Iran is an influential state that has common borders with Iraq, and said, "The Iraqi government is seeking to bolster trade relations with Tehran."

Al-Helou said that Iraq intended to promote good trade and economic ties with all neighboring countries, Iran in particular, adding, "During the meeting with the Iranian delegation we discussed bilateral issues in various areas between the two sides and in lines with their interests."