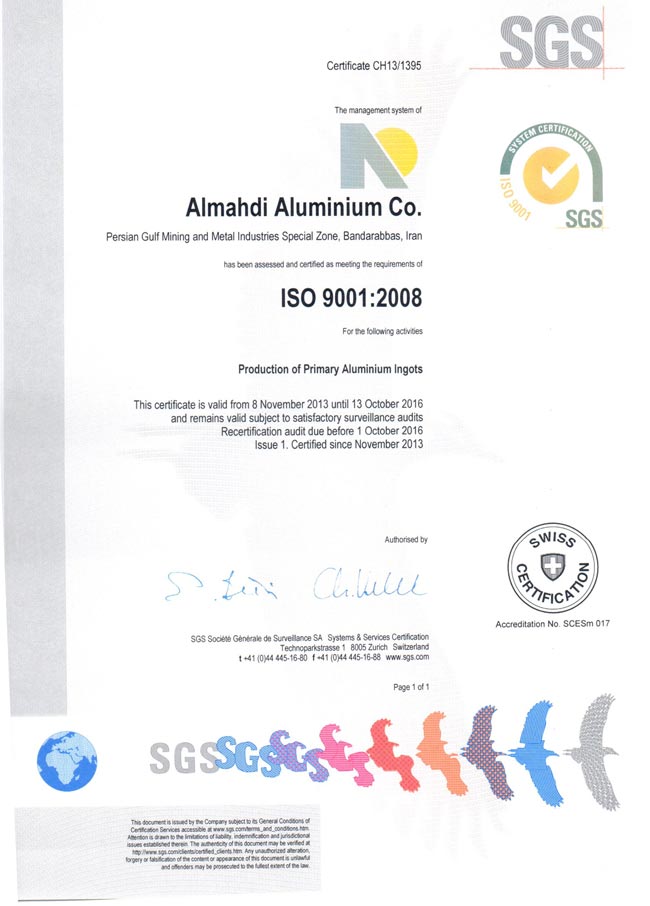 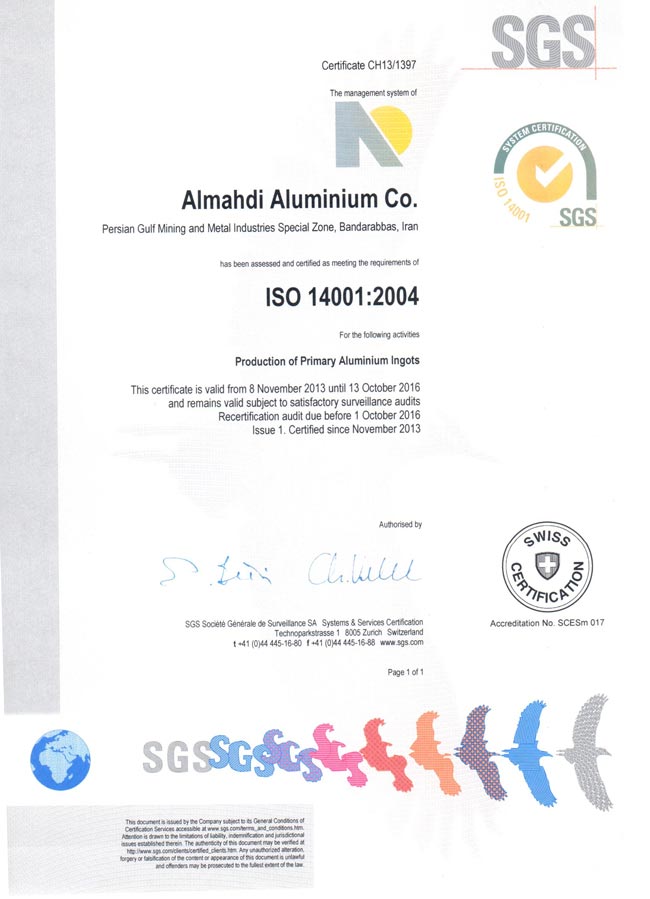 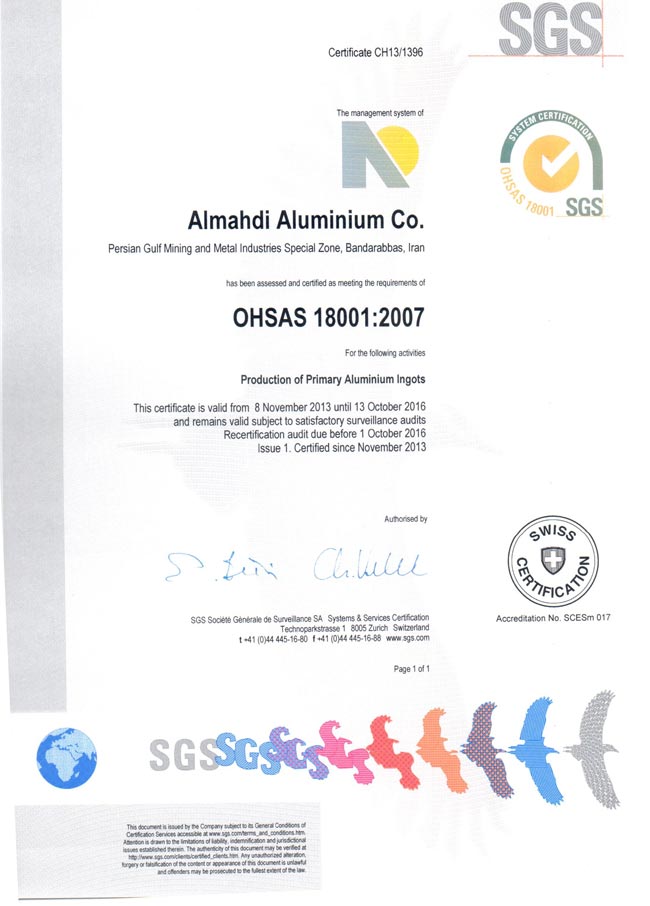 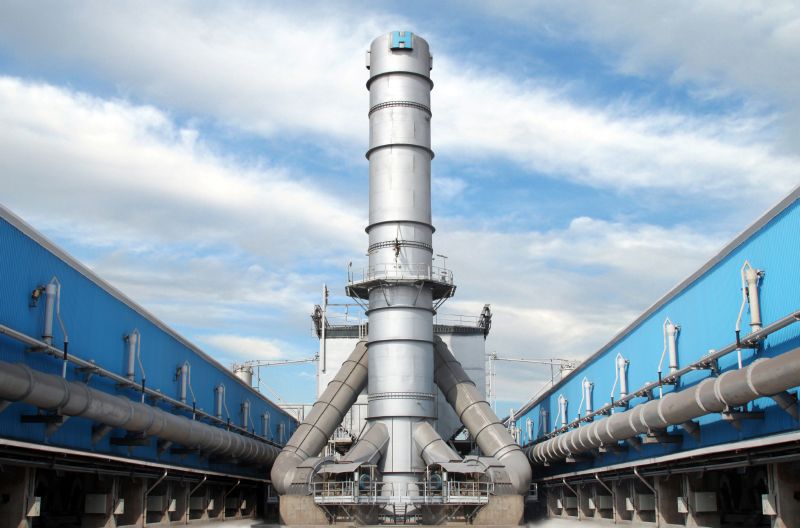 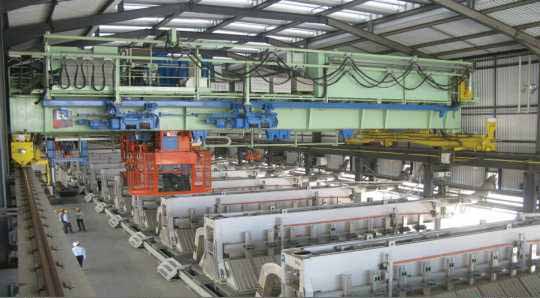 Al-Mahdi Aluminum Company in July 1369 with an initial estimated capital cost of $ 1.5 billion and aims to produce 110 thousand tons of aluminum per year, expandable to 330 thousand tons in Bandar Abbas, was established. By the end of 81 120 boiler was installed and started, the integrated production capacity of 55 thousand tons per year. 120 boiler second phase during 1382 to 1384 and in May 1384 the nominal capacity of the predicted complex phase (110 thousand tons) found. In the June 85 execution of the second phase (Hormozal) with an initial investment of 8 trillion riyals (400 million euros of revenues and € £ $ 200 billion) and was aimed at launching a 228 pot. Efforts to cooperate with local experts and foreign contractors, over a period of 40 months on October 88 second phase was launched. Now Hormozal with 170 pot circuit is in operation. 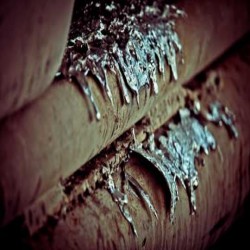 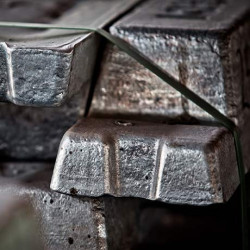 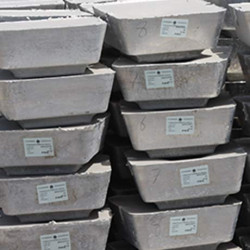